Driven out from this country, fighting against its oppressors, after having shed his own blood for the defense of the Hindu religion, after having seen his children killed on the battlefield — ay, this example of the great Guru, left even by those for whose sake he was shedding his blood and the blood of his own nearest and dearest — he, the wounded lion, retired from the field calmly to die in the South, but not a word of curse escaped his lips against those who had ungratefully forsaken him! 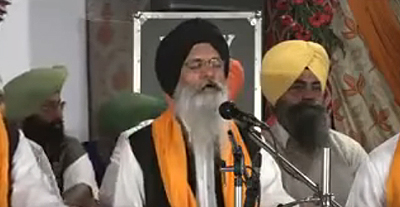