ENEMY WITHIN DURING : IT IS TIME TO IDENTIFY THE VILLAINS PLANTED AS BHEKHI SIKHS
————————————————————-
My 17th POST for Kind Attention of President SGPC, Prof Kirpal Singh Ji Badungar

I am putting before you certain hard facts about the villains within the community who sold their conscience to put the entire Sikh Community into the torture chamber of Indian Army, which was commissioned to exterminate the Sikhs and teach them a lesson.

Not by empty slogans and press statements the Sikh martyrs will be honoured but by locating their murderers, rightly called by Giani Kirpal Singh ji, “THE iNFORMERS”.  Satiguru is gracious enough to unveil this buried truth.

if I am correct.

Tohra-Longowal were taken into custody and sent to Jodhpur.  Whereabouts of B.S.Ramowalia are still a mystery.  Reference to informers by Giani Kirpal Singh may be studied minutely on this count to identify the informers; one is already identified. 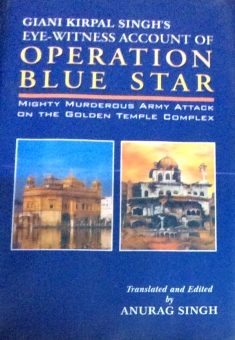