TURLOCK, California, USA—In a debate that took place this past Saturday at the Turlock Gurdwara Sahib in California, Sarbjeet Dhunda was given stage time only on the condition that he would allow the Sikh Sangat to ask open questions.  The focus of the debate was to question Dhunda’s interpretation of various Gurbani topics, such as recitation of naam, ardas, and the concept of 8,400,000 life forms and re-birth.

The debate took place after noon after the diwan was over.  Sangat were eager to talk to Dhunda and discuss different topics.  Many felt that he was purposely misleading the sangat over various topics and issues.  While some agreed that it is important to raise awareness of social issues, pseudo-saints, etc., Dhunda and other people of ‘Kala Afghana’ ideology often use these topics to spread their own mis-interpretations of Gurbani.

Dhunda was asked a series of questions which he was unable to respond to.  He tried to go back and forth on his explanations without providing any references.  He asked Sikh Sangat to provide proof that Prof. Sahib Singh believes in recitation of naam simran and various life-forms.  Sangat was quick to provide references from the “Guru Granth Darpan”.  Dhunda then counteracted his statement and stated that he doesn’t question recitation of simran, 8,400,000 life-forms, etc.  However Gursikhs provided him with number of his recordings where he had tried to nullify these concepts.

Towards the end of the debate, which was going no-where as Dhunda failed to back up his claims, he was asked why he continues to go against various mandates of the Akal Takht Sahib.  He was asked why he continues to communicate with various persons who have been excommunicated by the Panth.  Upon hearing this, Dhunda and his followers made a scene and tried to save their face by condemning Akal Takht Sahib’s institute.  These persons then left the Gurdwara hurriedly as they had no response.

Again, Autar is involved in organising this program bringing in miscreants to preach misleading anti-Gurmat teachings.

Please take note of the type of misleading anti-Gurmat preaching expected at these programmes.

Do you want to support such programs?

INFORMATION ABOUT THE PROGRAM

We need your support in carrying out this programme. On receiving your consent, we will include your logo on the event posters.

2 Seminars and 12 Lectures are being planned to be held as follows:

16/9 Seminar in Klang Valley
All 3 speakers.

The 3 speakers/parcharaks for the 15-20 September programmes are the following senior staff of GGMC Ludhiana: 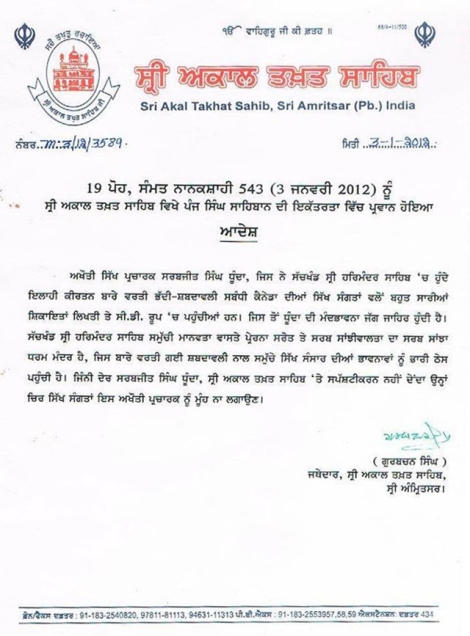 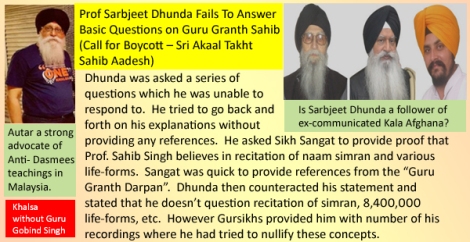