The initiated Sikh is asked by the Panj Piare during the Amrit Sanchar ceremony to recite the following five banis every morning as a commitment to the Sikh Gurus and Waheguru.

The Five Banis are:

—these banis are usually recited daily by all devoted Sikhs in the early morning.

Rehras and Kirtan Sohila are recited in the evening.

The section below lists various Banis recited by devoted Sikhs regularly in the Nitnem. The most important Banis of the Sikhs are: 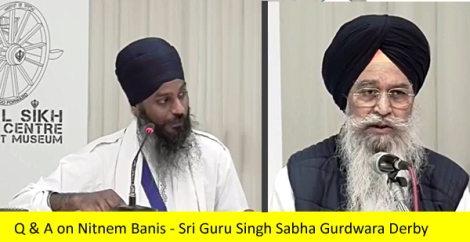