Now the Ghost Of RSS is out in the open. Right from the enactment of the Gurdawara Act the ruling Political Parties have interfered in the working of Gurdwaras through their nominees.  First It was the British Government, then Congress Government and now BJP-RSS combine.

During the last 50 years the trend is that whosoever is Ruling at the Centre their associates with Akali Badges are controllers of our Gurdawaras.  Mrs.Indira Gandhi did not hold SGPC Elections for 19 years to keep her obliging tool in power and the Sikhs suffered untold miseries under his regime, including the induction of Comrade lobby in SGPC and Educational Institutions.  Operation Blue-Star was also his secret baby.

Then came the BJP with RSS as driving force and Badals became Custodians Of our Gurdwaras.  During his stewardship we lost everything dear to Sikhism:

Now RSS is at our door in exchange of favours given to these political leaders and the leaders are blaming each other without any solution.

Snap your ties with BJP/RSS as well as Congress and work independently with Panthic agenda for which Punjabi Suba was created after many sacrifices. 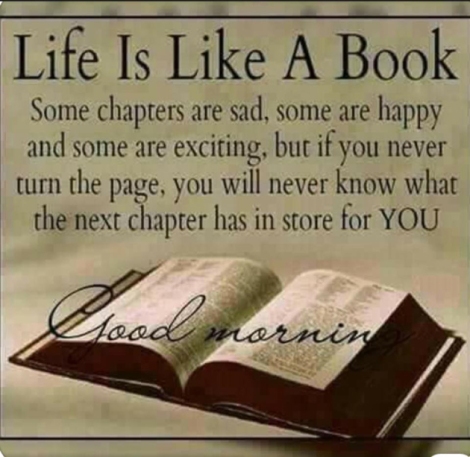 01 Book is now no longer our life. 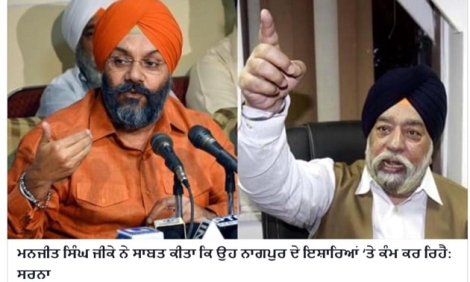 02 Accusing each other is the symbol of weakness and enmity.  In Sewa we do not expect any enmity. Gurdwaras are for Sewa and Simran and not for dirty political games to earn Name, fame and gains. 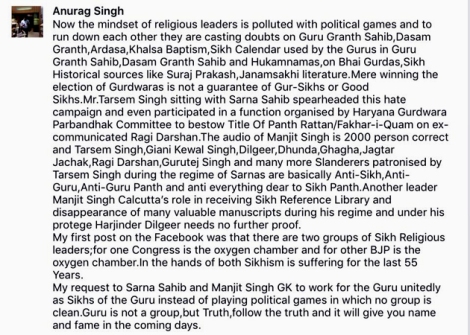 03 Present situation of the Sikhs.  Every decision and comment reflects political affiliations and not religious mindset. 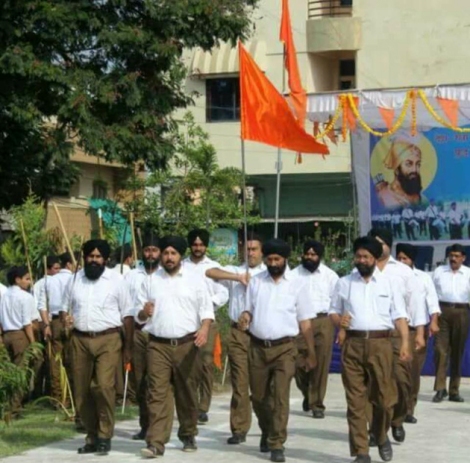 04 Alliance with BJP is a political and not religious.  We do not want such political Imposters as Guardians Of our Religious Institutions.  Reject And oppose them or people will reject you outright in the coming days. 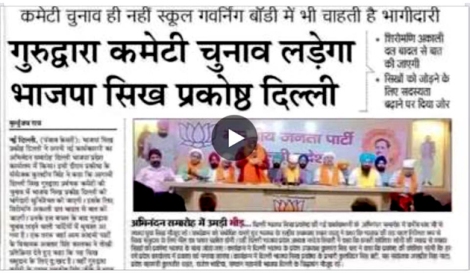 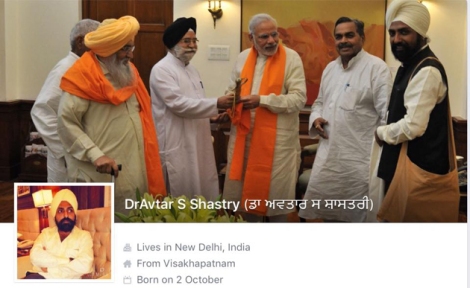 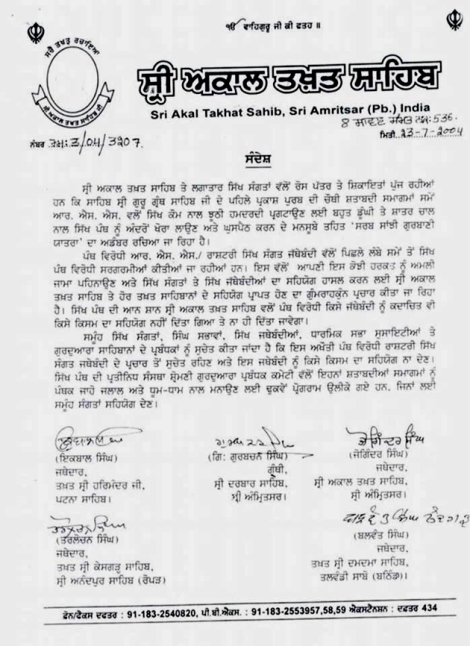 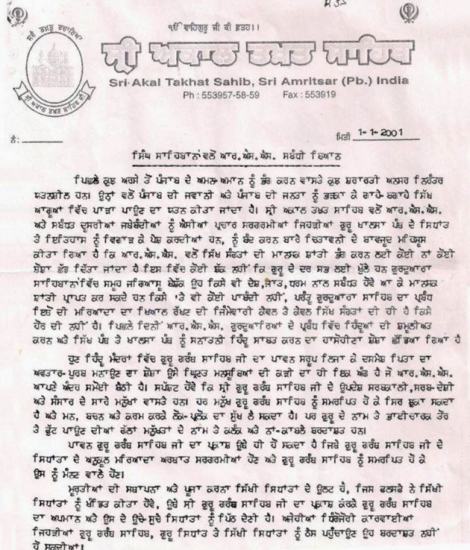 08 Page.1 Hukamnama of Sri Akal Takhat dated 1.1.2001.  Punish those who have openly violated it and put the Gur-Panth in present crisis. 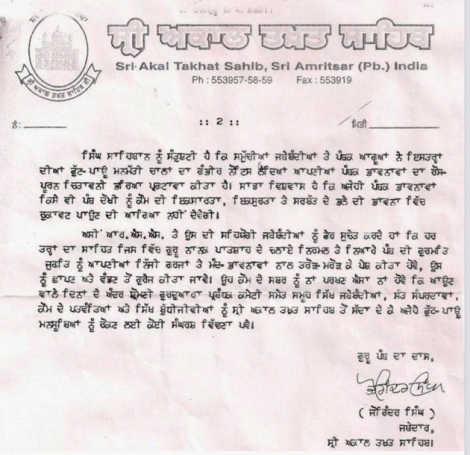 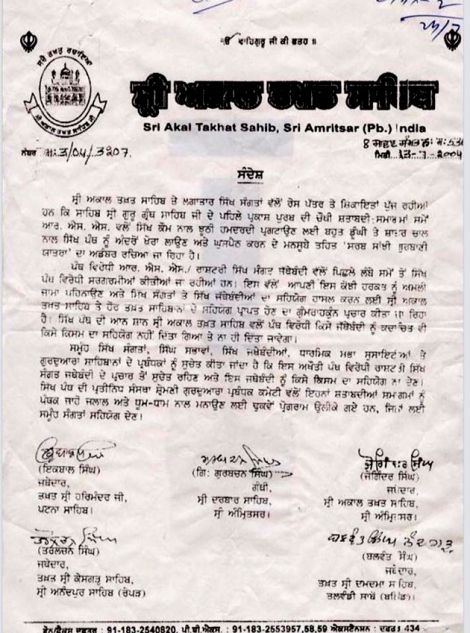 10 Hukamnama of the Ecclesiastical Court of Sri Akal Takhat Sahib dated 13.7.2004.  When it will be implemented by Akali Dals of all hues. 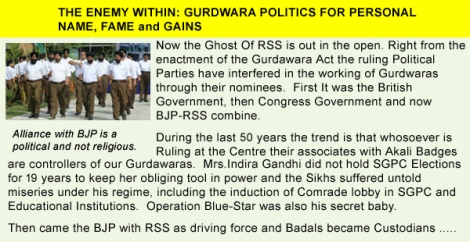