The article addresses the question “Creating controversies is the way of the Kala Afghana Brigade aka the Snake Brigade?” in relation to our SRM. We look at how some Snake Brigade members are creating a controversy by questioning the DIFFERENCE between the authentic English version of the Akaal Takhat SRM dated 1994 and the corresponding Punjabi version dated 1945.

The two videos below are related to this article.  They have been also posted on Gur Vichar FB.

The moorakh Autar Singh is now reviving controversy on this authentic English version of the Akaal Takhat SRM.

Also some other indoctrinated moorakhs, are jumping on the CONTROVERSY CREATING BANDWAGON.

Why create the CONTROVERSY?

WHAT IS THE CONTROVERSY THEY ARE CREATING

The moorakh Autar Singh is now reviving the controversy regarding authentic English version of the Akaal Takhat SRM where the English version clarifies Gurbani to mean “Guru Granth and Guru Gobind Singh’s hymns”.

Also notice that some other indoctrinated moorakhs, Gurnam Singh Dhaliwal and Wajinder Singh (see Figure 1) are jumping on the CONTROVERSY CREATING BANDWAGON.

The remarks or questions, they use to create controversy are listed below.

Gurnam raises the question why the Gurmukhi version is different from the English version (see Figure 3).

Summary of the questions

Basically the three of them raise the following remarks/questions.

Why do we say that these Kala Afghana Snake Brigade members are creating a controversy?  They are doing the following

So it is clear that they are creating a controversy.

Essentially their controversy hinges on that Guru Gobind Singh’s banee is rejected in the SRM and is not Gurbani.

Let us see what credible sources have to say about this i.e. Guru Gobind Singh Ji’s banee is rejected in the SRM and is not Gurbani.

CREDIBLE SOURCES ON THE BANEE OF GURU GOBIND SINGH JI

The English version of the Akaal Takhat SRM is available at the SGPC website.  An extract of the part questioned by the Kala Aflghana Snake Brigade is shown in Figure 5.

Figure 5: Extract of Article VI Kirtan part of Akaal Takhat SRM from the SGPC website (This is in relation to Figure 4)

Clearly the SGPC has sanctioned the inclusion of “…. Guru Gobind Singh’s hymns” in the English version.   The relevant part of the text is underlined in red.

About the authentic English Translation

Figure 6: Extract of SGPC SRM – the front sheet And start of Preface 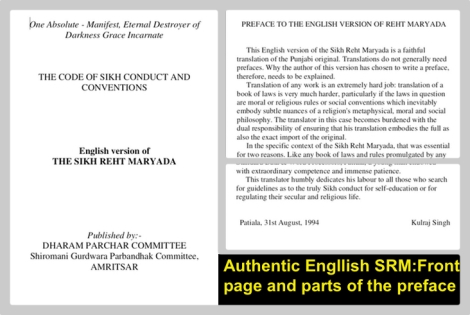 Figure 8: Extract of SGPC SRM – part of Preface showing that the English version is authentic(red arrow)

Figure 9: Extract of SGPC SRM – ending part of Preface showing some comments by the main author

Clarification of some phrases in the authentic English Translation

The author clearly states in the preface that some phrases have been interpolated (clarified) as shown in Figure 10.

This is further supported by the following.

Figure 10: Extract of SGPC SRM –Comments by the main author indicating he interpolated (clarified) some phrases

Figure 11: Extract of SGPC SRM – A Sikh is to follow and discourse on Guru Gobind Singh Ji’s banee 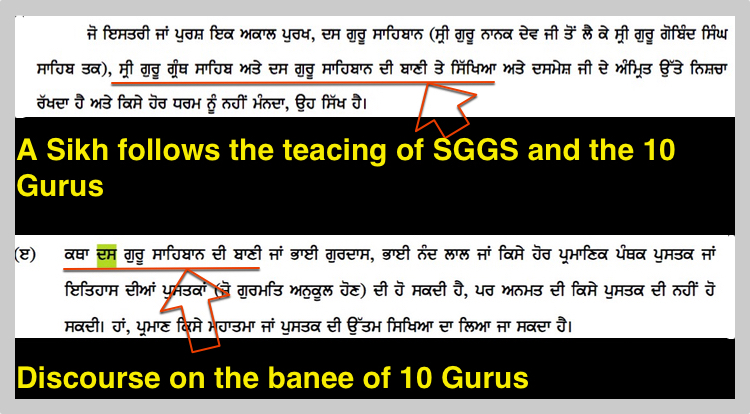 DISCUSSION REGARDING AUTAR BRANDING THE SGPC AND AKAAL TAKHAT AS MISCHIEVOUS

Autar is falsely accusing the SGPC and/or the Akaal Takhat of being mischievous.  Who is mischievous?

Though we do not like to be personal, but that fact he calls other mischievous it is necessary to show how principled he is.

Autar had been using the FAKE title PROFESSOR until questioned by Gurvichar in June 2017 which was as per his Linkedin profile in March 2017.

Figure 14: Autar – FAKE Titles – getting promotion while retired (retired in 2011)

It is pointed out that this promotion took place while he is retired.  It is a bit far-fetched for someone to be promoted when in retirement.

This moorakh Autar has the cheek to brand SGPC/Akaal Takhat mischievous and to reject the painstaking effort of the SGPC Scholars in preparing the authentic English translation.  Maybe he should have a good look at himself in the mirror.

All credible evidence shows that Guru Gobind Singh Ji’s banee is not rejected by SRM and is classified Gurbani.

The mischievous fools Autar and his Snake Brigade bandwagon find fault with the authentic SRM prepared under the SGPC.

So these Kala Afghana Snake Brigade members create controversy and put a doubt in the Sangat’s mind so that they implement their Kala Afghana Ideology agenda.

Sangat Ji, do you want to support such who hide THEIR TRUTH to propagate THEIR FALSEHOOD by misleading the Sangat.

The decision is yours Sangat Ji.