Asia Samachar of 3-Aug-2016 reported that MGC released a circular notifying that they will be launcing the “Ek Granth, Ek Panth, Ek Marayada” parchar year.

What mooted the Ek Granth-Ek Panth-Ek Maryada ideology?  WHAT IS THE LINK? Who are the MASTERS if any or is MGCs own creation?

Before we look at these questions let us review the historical events. 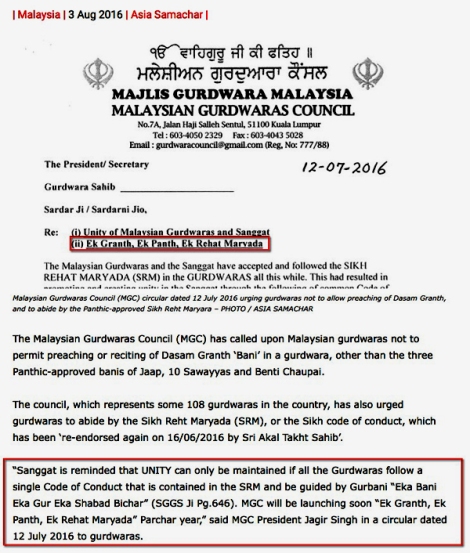 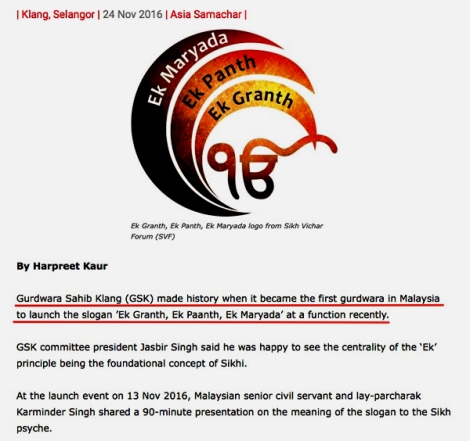 Now to the question what mooted the Ek Granth-Ek Panth-Ek Maryada ideology?

MGC issued notification of the policy on 12-July-2016.  Incidently Global Sikh Council made a statement, three months prior, about “One Granth One Panth” on 8-April-2016 on the same ideology in the Times of India.  See picture 3. 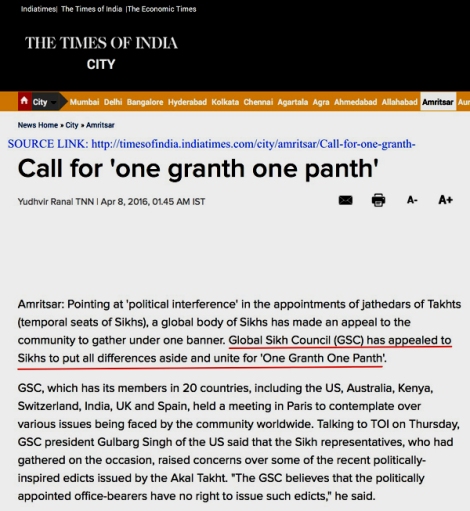 This is magically uncanny.  Does it mean that Global Sikh Council is the creator of this ideology?  Is it that GSC are the masters and MGC the commandeered?  Or did MGC create this ideology?

This is left to the reader to decide. 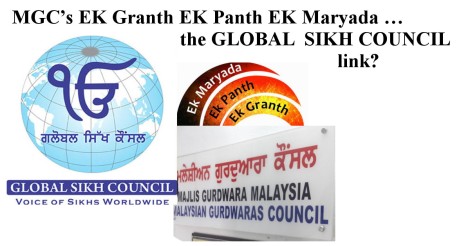