SangatJi, Baba Deep Singh is a great Sant Sipahi who was honoured by Guru Gobind Singh Ji. Baba Deep Singh attained Shaheedi at the Parkarma of Sri Harmandir Sahib and was recognised as Panth Deh Mahan Shaheed. Now tell me, are we still going to believe those so called faithless cynics Parcharaks who are anti Dasam Granth and trying to kill Dasam Granth by misinterpreting it to Sangat or Baba Deep Singh who have hand written Charitropaykhan in his personal Gutka Sahib which is still preserved in Sachkhand of Takth Sri Damdama Sahib. Charitropaykhan is one third of Dasam Granth. We have only One Guru, Sri Guru Granth Sahib Ji and Dasam Granth is a compilation of the writing of 10th Guru. No Gurgaddi was given to Dasam Granth but Dasam Granth is Sadkaryug. Sangat is being confused by some Ngos that some Sikhs are labelling Dasam Granth as another Guru. This allegation is totally false.

SangatJi, choice is yours. You believe in Panth Deh Mahan Shaheed Baba Deep Singh or so called faithless cynics these days Parcharaks. 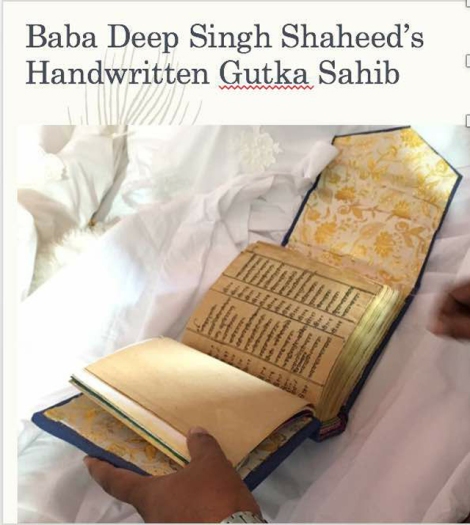 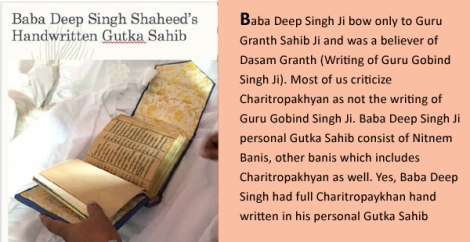