As one of the Gurdwara Parbandak representative who attended the MGC’s EGM on 27/5/2017….

Why they condemn DG? because MGC have poison their mind and manipulate the voting system via nomination form by putting their own people eg from Kampar alone there was around 40 people attended EGM to fulfill MGC and GSC agenda.

Every Sikh in Malaysia believe and metha tek to SGGS only and we don’t metha tek to DG but we cannot condemn DG because three Bania for daily nitnem and Amrit Sanchar are from Dasam Granth….Lastly DONT metha tek to Dasam Granth but don’t condemn also…we only Metha Tek to Sri Guru Granth Sahib Ji…. Stay united to fight the negative forces….Waheguru 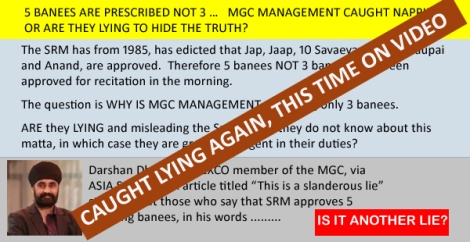