Today, the promoter of these Salanderers of Guru Gobind Singh and his Bani (Dasam Granth) as well as Purewal’s Fake Calendar on which Millions of Dollars, Pounds and Rupees of Sangat from Guru ki Golak were spent on advertisement to promote Atheism and Communism of Purewal, Dilgeer, Ragi Darshan, Inder Ghagha, Jagtar Jachak, Dunda and others from the stages of Delhi Gurdwaras to create division, dissensions, controversies and confusions, S. Paramjit Singh Sarna as Advisor to Punjab Chief-Minister Punjab has again approached President SGPC, Prof. Kirpal Singh Badungar, to resolve the Calendar and Dasam Granth Controversies.
Now may I ask my dear brother, S. Paramjit Singh Sarna:

PS This letter is being forwarded to SGPS President, as I feel that this fresh move is to give protective cloak to Dilgeer, now under scanner with Sri Akal Takhat Sahib.

Purewal’s Fake Calendar on which Millions of Dollars, Pounds and Rupees of Sangat from Guru ki Golak were spent on advertisement to promote Atheism and Communism of Purewal

He bribes to get his way through … 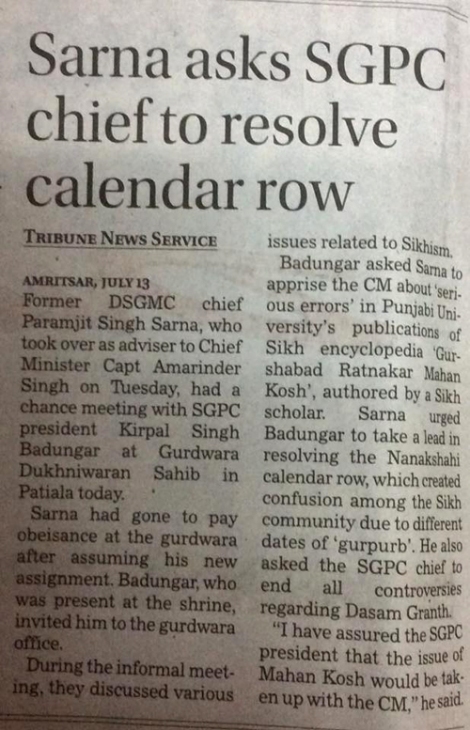 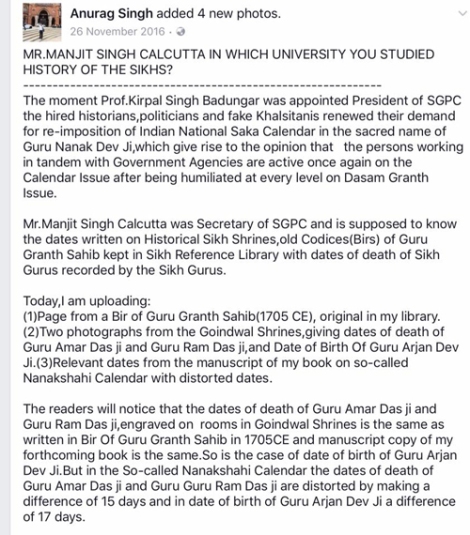 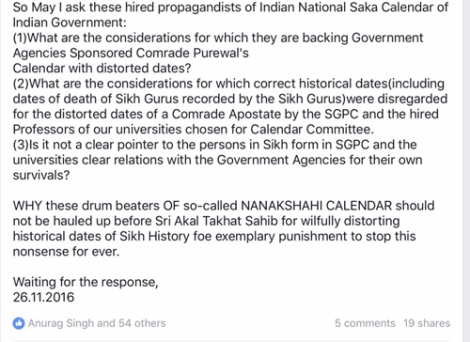