The Sikhs were commanded by Guru Gobind Singh at the Baisakhi Amrit Sanchar in 1699 to wear long uncut hair called Kesh at all times. This was one of the ‘five requisites of faith’, collectively called Kakars that form the external visible identifiers to clearly affirm a Sikh’s commitment and dedication to the order (Hukam) of the tenth master and made one a member of the Khalsa.

Recognize how beautiful and powerful your hair is—when you keep it, you live a life of fulfillment in this world. When Rabindranath Tagore, the great poet who found God within himself, tried to meet a friend on a steamer ship, the friend didn’t recognize him and so wrote him a letter. “We were on the same steamer, but I didn’t find you.” Tagore said, “I was there.” His friend said, “I understand you are now a God-realized man, and I would like to know what your first action was when you became aware of the Oneness in all” Tagore said, “When I realized the Oneness of all, I threw my shaving kit into the ocean. I gave up my ego and surrendered to nature. I wanted to live in the form that my Creator has given me.”

Could it be that hair actually serves a much bigger purpose to us than what is imposed. Society believes that hair is a matter of personal preference, style and/or convenience. How people wear their hair is usually a cosmetic matter, and switch it up and as new fads and trends pop up. But now an intriguing even from the Vietnam War is suggesting otherwise. During the war, military experts were searching American Indian Reserves for navigators. They were looking for strong, young men that could move in stealth across rugged terrain. Often times they would look for someone with almost supernatural tracking abilities. After they found these certain indigenous american men, they carefully documented their abilities, and if found them suited for the position, they would be enlisted.

It appeared however, as soon they were enlisted and went through the necessary rituals of joining, the skills or talents they seemed to possess on the reserve, vanished. After many failures, the recruits were asked why the skills they once had, they no longer did. Without hesitation, many of the elder recruits replied saying that when they received the mandatory haircut, they could no longer “sense” the enemies. The “sixth sense” they once relied on, they could no longer reach. Their intuition became unreliable and they could no longer see the subtle signs, or access extrasensory information.

This intrigued the researching institute to look further into the problem. They enlisted new men, but let them keep their hair this time. After testing them, they paired up two with similar abilities, but one of them was to receive the mandatory haircut. They re-took the tests they once did at the beginning to see how they now paired up. The man that was allowed to keep his long hair got the higher score every time. The man that was forced to get the military haircut, had started to fail all the tests he previously passed.

One example of a test they performed went like this: The recruit would be sleeping in the woods, when an enemy who was armed approached. Feeling the presence of his enemy, the long haired recruit would sense the danger before even hearing any sounds made. He could sense the attack from afar, thanks to his “sixth sense.” Lying still until the attacker made his move, the man would surprise him and pass the test. They would then have the man cut his hair, and he would fail the test he had just previously aced. This led to Native American trackers being exempt from getting their haircut if joining the military. 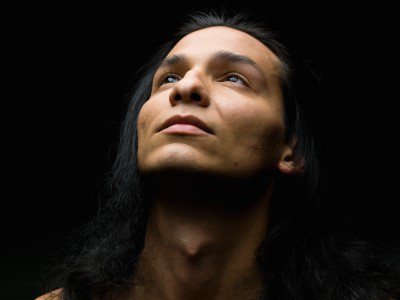 The hair is an extension of the nervous system, comprised of “feelers” that allow huge amounts of information to be transmitted to the brain and limbic system. It has been found that facial hair in men can have a similar effect. Hair can also emit energy into the world, transferred from the brain, outside of the body, and into one’s surroundings. Evolution has designed the human body to make it seem that our survival skills seem supernatural at times. There is a purpose for everything on and in our bodies, a reason beyond a means for improving self image. 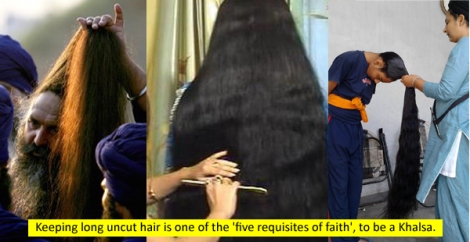