Time to Act Legally for SGPC and DSGMC

As a counter blast to the Stay Order granted by Sikkim High Court as well as Supreme Court Of India, the Sikkim Government had now taken upon itself to follow the dictum, “might is right”, and SDM had further misused his Constitutional responsibility by issuing a Circular dated September 1, 2017 to Civil Administration, Chungthang to be present on September 2, 2017 at Gurdwara site to collect the data of illegal construction of the Gurdwaras.

The Copy of the impugned Circular, uploaded by S.Ajmer Singh Randhawa (See enclosed copy) proves to the hilt that:

Now only option left is that all Sikh Organisations collect their might under one banner and fight this battle Legally as the intentions and behaviour of the Government is under shadow of doubt. 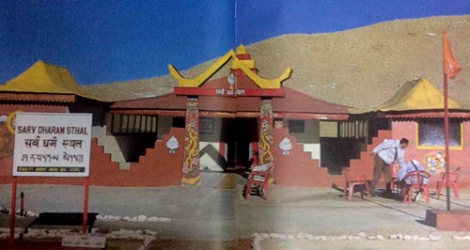 Complete Details of Guru Nanak Dev JI’S Gurdwaras and relics in Sikkim from my forthcoming book, Guru Nanak: Founder of Sikhism: Pictorial Biography, originally written by my father, Dr Trilochan Singh, and published by DSGMC in 1969. 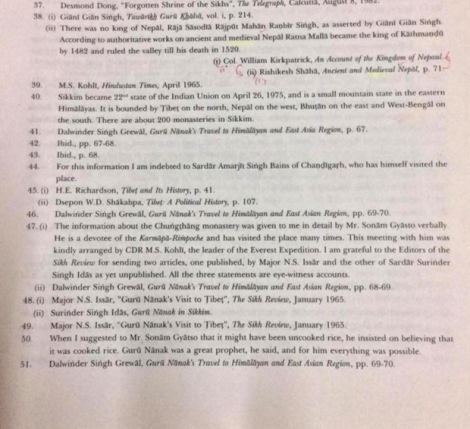 Gurdwara Babe Di Khoondi (Stick) in Sikkim, referred in my above account.  Gurdawara built by 30 Assam Rifles with name Gurdwara Nanak Lama Sahib. For Sikkim Government this act of Army is illegal.

Footprint of Guru Nanak Dev Ji in Sikkim, which according to Sikkim Government is the footprint of Padmasambhava, who never visited Sikkim in his life. 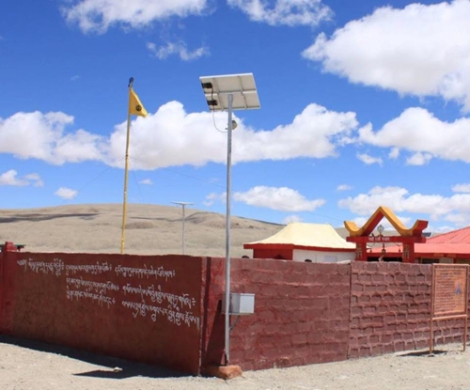 Footprint of Guru Nanak in Gurdwara Chungthang preserved till date. See details in my account uploaded in this Post.

You can read detailed post on my Timeline from my forthcoming book,uploaded in this post.But for your information this is a Tibetan Gown,used by Guru Sahib, during his visit and in Local language it is called Ligga,and we call it Choga.

Fresh Letter of SDM Chungthang to create new evidence after the Stay Orders, granted by Sikkim High Court and Supreme Court of India. 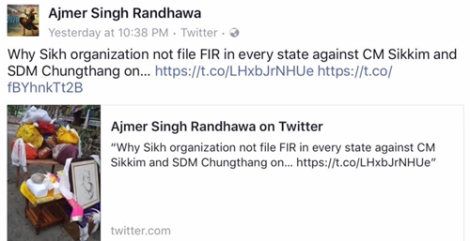 S.Ajmer Singh Randhawa’s tweeted message to file Criminal Complaint against Sikkim Government Officials. My post gives sufficient grounds to do the needful to put pressure of Law of these Encroachers. In law when you are right and have evidence then Offensive Stance is best defence.

Anurag Singh:  Mohan Singh ji two three Organisations are working behind the scene while all others are mute spectators and are waiting for some adverse happenings in this case to open their mouths.