In the last 35 years there is mushrooming of DECEPTIVE SIKH ORGANISATIONS, heading by Bhekhi Sikhs and promoted by the Writers on Sale. Scholars are identified by their intellect to remove the doubts among the masses, but they have been trained to raise doubts and create confusion and controversies like their predecessors:

many more, backed by Anti-Sikh Agencies working overtime, to unleash a motivated and false propaganda that:

We have seen that these modern 16 Kalan Sampuran Group Of Slanderers (NINDAKS) have denounced everything dear to the Sikhs of the Guru as Brahminical, which give rise to the opinion that now the BRAHMINS will seek guidance from these Deceptive Sikhs and Slanderers to define Brahminism.

Black List the Organisations on Social Media which are promoting this Nonsensical Propaganda through these hired Writers, Kathakars and Parcharaks. 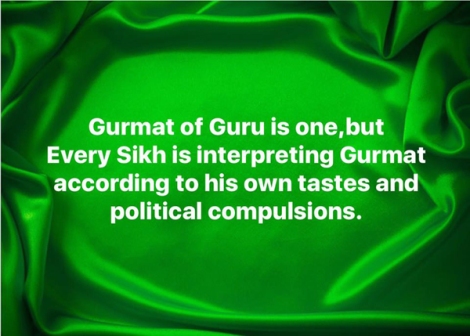