We share the AUTHENTIC Malaysian Sikh Sangat’s very interesting article which exposes the members of and methods used by the Kala Afghana Brigade to propagate the “Kala Preachings” of the Kala ideology.  MSS outlines the main strategies used by this group to propagate MISCONSTRUED, LUDICROUS, FALSE, MISLEADING, anti-Gurmat and anti-Sikhi thoughts to the Sangat.  They indicate that these local Kala Afghana Brigade have not been successful in their sinister aims.  (Minor typographical changes have been made to the original article).  Please take note of the comments added below the pictures (laying groundwork leading to the breakdown of the SRM, and fan female gender sentiments).

Madam Rajinder Kaur, President of SWAN (W/O Autar Singh, Founder of Coalition of Malaysia Sikh Organisation, CMSO ) has been organising and supporting the missionaries movement, Baljeet Singh Delhi (the barking dog) and other local speakers under the “Ek Granth” banner since October 2016. 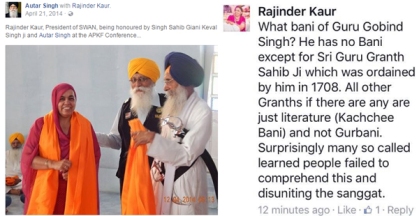 Based on their internal source, they started their distorting mission last year and their talks were only conducted in colleges and hotels.  Unfortunately, the team was not successful to pull crowds from the Malaysia Sikh Sangat.

Then, they re-strategised to preach in Gurdwaras instead.  Autar Singh with the assistance of Mr Jagir Singh, President of MGC started to convince the committee members of Gurdwaras and some fell in their trap.

Unfortunately, this team got slammed by some Gurdwaras due to misleading the sangat with wrong and distorted preaching.  This resulted in the Malaysia Sikh Sangat and Gurdwara Committee members REJECTING their Ek Granth concept.

The Ek Granth concept were buried after the incident in Asbhy Road and Seremban Gurdwaras.

These people never stopped.  They planned another new strategy …. they scrapped the Ek Granth concept but the mission of distortion continued.  They brought in the same missionaries preachers Baljeet Dehli, Rajpura but now without the Ek Granth banner.

They became more aggressive and managed to convince 21 Gurdwaras committee members to hold their missionaries programme.

Again another impactful incident occur in Gurdwara Sahib Sungai Petani took place.  The Sangat and youth who realised and understood their distorting mission stood up for their rights.

Now another new strategy is in the making …  Let’s wait and see …. 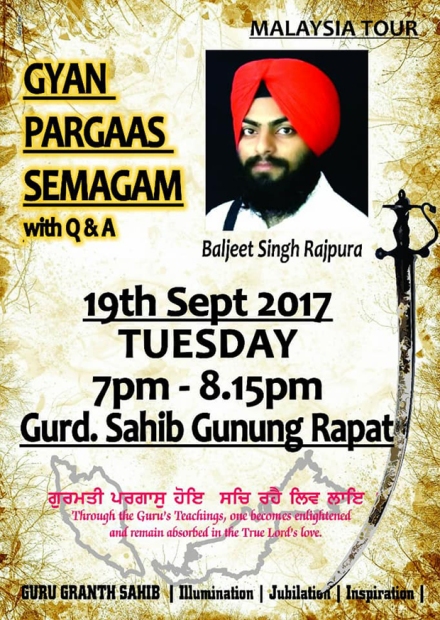 Missionary Speakers that were brought into the country by the Malaysian Kala Afghana Camp that led to a show down at Gurdwara Sahib Sungai Petani.  The programme was not held. 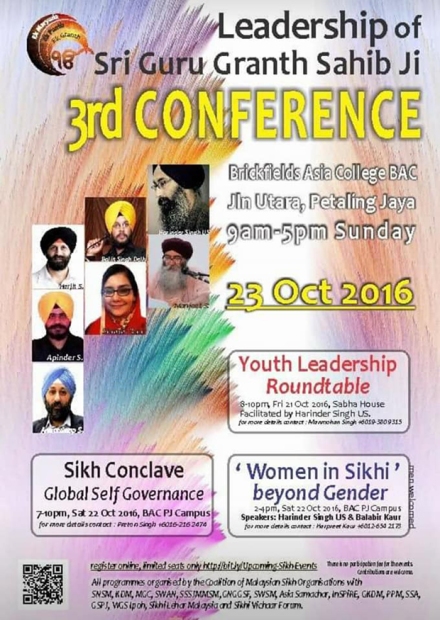 Leadership camps are all about logic, reasoning and critical thinking use to distort Gurbani 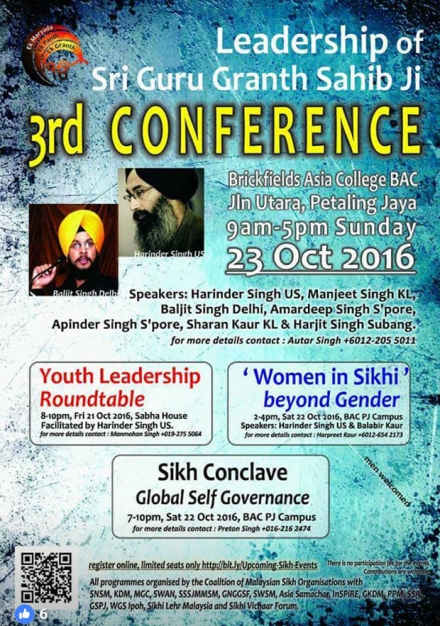 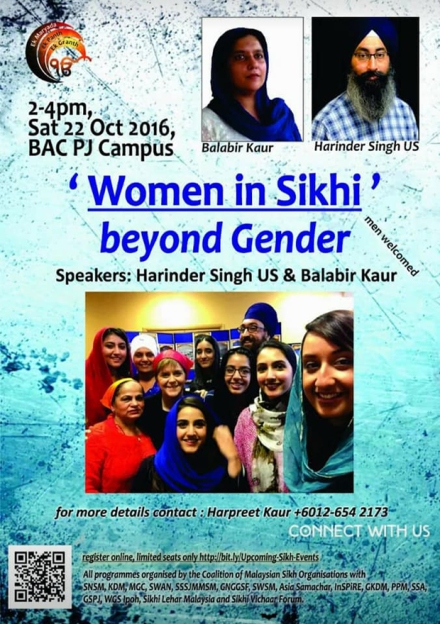 Further they are using “female gender” sentiments to create dissent by portraying that the present system is anti-female gender. 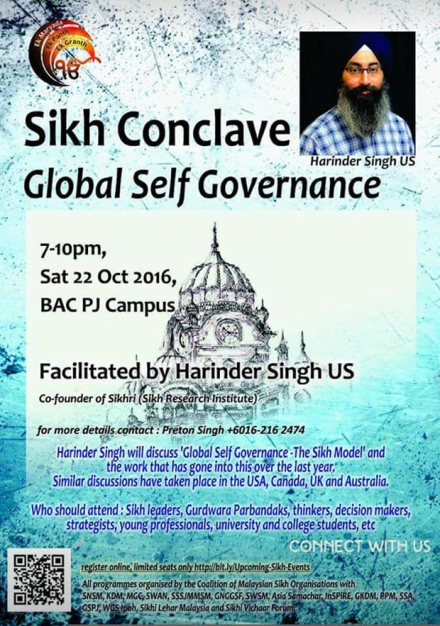