The anti-Sikh forces active with political patronage since 1882 are paid Adversaries from our own Community, called by by Daya Singh in his Rehitnama: Bhekhi Sikh, Dhande de Sikh and Hirsi Sikh.  The Governments are changing, faces and names of the people are changing but the motive of Slanderers is the same i.e.

During the last 25 Years these Slanderers (Nindaks) have been confronted at all their favourite places across the globe and they are on the run, thanks to the Sangat of the Guru and the team of scholars from our universities, colleges and independent writers.

Now the Sangat of Amritsar has again taken the responsibility to be in the Sangat to educate them and make them strong like All-Steel: Sarb-Loh Of Guru Gobind Singh ji to confront these Nindaks of Gurus in each and every Gurdwara.

As a part of this team besides invoking the Grace of Lord God I am seeking blessings of all the friends as Sangat of the Guru to participate successfully in this noble mission. 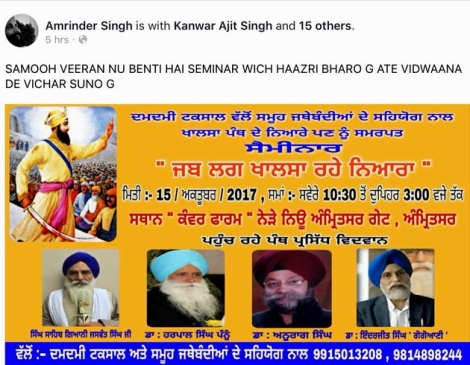 Please make it sure to be a part of this noble mission on appointed date, place and time.

KHAYAL PATSHAHI 10 is the first KHAYAL in Indian Musical traditions. Read my post on my timeline.

Within Harimandar Sahib this Nakashi completed in 1863CE gives verses from Dasam Granth.

Second picture of the Nakashi done 154 years ago in Harimandar Sahib with Verses from Dasam Granth Sahib. 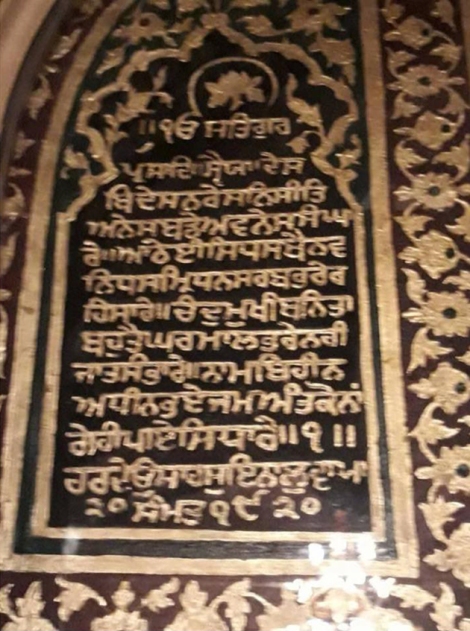 Another dated portion of Nakashi inside Harimandar Sahib with Verses Of Dasam Granth Sahib. 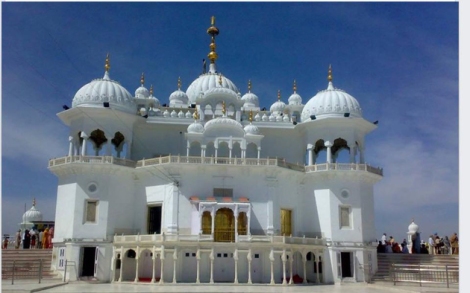 Two old Kalams of Guru Gobind Singh ji at Gurdawara Paonta Sahib where half of Dasam Granth was written between 1684-1688CE. 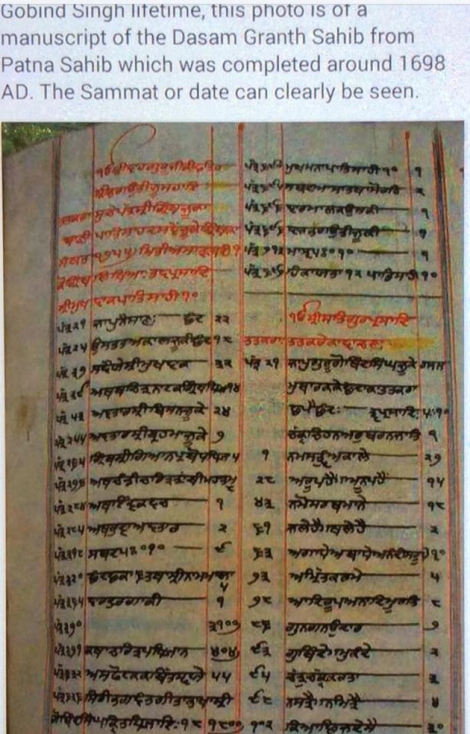 Belt of Guru Gobind Singh ji on which Verses from Guru Granth Sahib and Dasam Granth are engraved.It carriers the arrow mark which Guru Sahib Received in the battle of Bhagani and referred by Guru Sahib,”Jabe baan lagio tabe ros jagio.”