Q: WHAT ARE YOUR OPINIONS OF SIKHISM AND OF THE SIKH EXTREMIST ELEMENTS?

A: Sikhs are beautiful people. Perhaps the community of the Sikhs is the only community in the whole of India you can rely upon for something. They are simple, courageous people — most trustworthy, reliable, not cunning. They are unafraid of anything; otherwise, the Indians are cowards.

The Sikh faith is five hundred years old. Guru Nanak, the founder of Sikhism, taught a message of love. He spoke of a universal God, common to all mankind, not limited to any religion, nation, race, creed, color, or gender. The Sikh religion is strictly monotheistic, believing in one supreme Creator, free of gender, absolute, all-pervading, and eternal. Sikhism views lfe not as a fall from grace, but a unique opportunity to discover and develop the divinity in each of us. Human rights and justice form a cornerstone of Sikh belief, and Sikh history features countless examples of Sikh Gurus and their followers making tremendous sacrifices for the cause of religious freedom and justice. More recently, Sikhs have been some of the most highly decorated soldiers of the British armed services during both World Wars. They played a significant role in the memorable battles of El Alamein in the Burma-China front and also in the allied assault in Italy. In India’s struggle for independence from the British, over two-thirds of all the Indians who were sentenced to life imprisonment or death were Sikh. This is in spite of the fact that Sikhs form less than two percent of India’s population

The Sikh Way of Life

Sikhism is a practical religion and Sikhs are a pragmatic people. The emphasis is on a leading a worldly, successful life as a householder and a contributing member of society, but with the mind attuned to an awareness of God. Sikhism rejects all distinctions based on caste, creed, gender, color, race, or national origin. For Sikhs, God is not found in isolation or by renouncing the world, but is attained as an active family member and member of one’s community. The word “Sikh” means student. Therefore, a Sikh is and remains a student of the meaning of life. The core values of Sikhism are derived from three equally important tenets: an honest living and an honest day’s work, sharing with others what God and life have given, and living life fully with an awareness of the divine within each of us. Sikhism enunciates a philosophical concept termed Miri-Piri, which means living a life with an active, strong sense of commitment to the world and humanity, governed and directed by a strong foundation and underpinning of spirituality. Thus, the Sikh ideal is to strike a perfect balance and integration of these two states of existence. 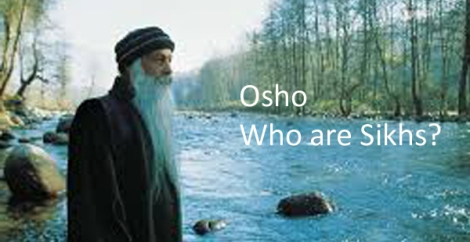