Two more missionaries are possibly back again (as we hear from the grapevine but do stand corrected and apologise in advance) with the next Gyan Pragaas Semagam organised by Autar Singh to spit their FALSE preaching to the unassuming Malaysiian Sangat.    Though we could be wrong BUT decided to warn the Sangat anyway.

Note that my comments are in green italics.

We heard over the grapevine that the Gyan Pargaas Semagam, with two more missionaries Baljeet Rajpura (who was here previously) and a new entry Amritpal Delhi, is in the pipeline and will materialise soon.  Looks like there is a dearth of MISSIONARY COLLEGE GYAN in Malaysia.  Autar Singh appears to have discovered this and seems to be highly active alleviating this dearth.

We have learnt from numerous articles on Gurvichar, regarding the type of kathavachaks sponsored by Autar and Group.  They

These missionaries have been rejected by others (see LINK).

Does the Sangat need more of these people and what they teach?

Why such a fast paced missionary preaching; in the last days we had Missionary Ranjodh Phagwarda spitting his venom?  It is a wonder!

Aren’t the Sangat in Malaysia being made a Guinea Pig?  We will see. 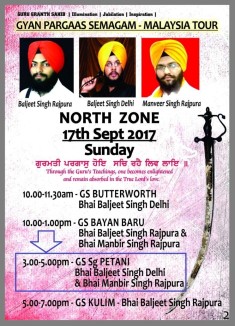 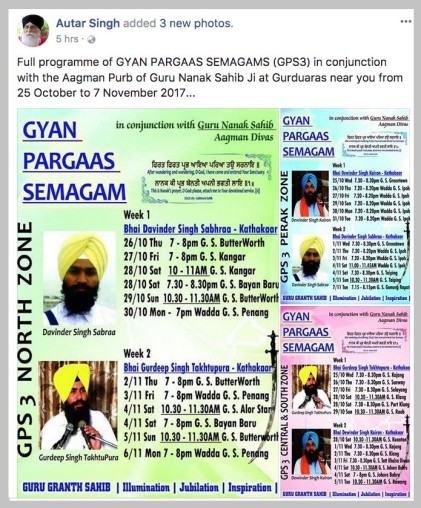 The new entry Amritpal is a chip of the old block with the same views.  See him in action in the attached video distorting the Saakhi of Guru Harkrishan and Chhajju.  We have already written on this in the LINKS provided.

MORE ON THESE MISCREANT MISSIONARIES

More evidence about these missionary miscreants from the reference

This book is an excellent read on this matter available at LINK.

This book appears to be an extensive research by the author who in this book exposes the anti-Sikhi anti-Gurmat “MOORAKHS” the Kala Afghana Brigade and the Missionary Colleges as well other moorakhs to the hilt.  A MUST HAVE AND MUST READ FOR EVERY GURSIKH WHO WANTS TO LEARN TO BE AWARE OF MISSIONARY COLLEGE, KALA AFGHANA TYPE ANTI-SIKHI ANTI-GURMAT ELEMENTS.

Most of the findings by the author, Ajit Singh, match with what has been written in the INTRODUCTION above.

Some key findings by the author are highlighted below with extracts from the book shown in the Figures (the page number in the figure is the page in the book).  The text below the Figures is the English translation of the extract.

On “Bhog Lagauna” and Living Guru 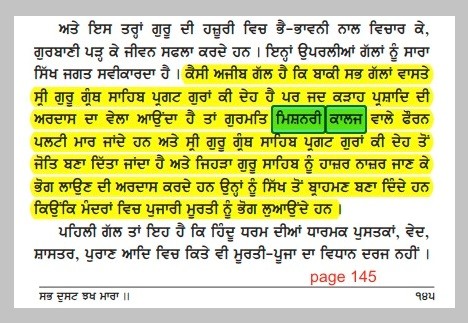 It is strange that for the Gurmat Missionary Colleges,

They term those Sikhs who BHOG LAGAUNA to be Brahmans because it is the Brahmans priest who performs this activity in the Mandirs.  See Figure 2.

Looks like SGGS Ji status changes based on their whims and fancies.  They are like chameleons changing colour to suit the current agenda just for the sake of hiding their true intention. 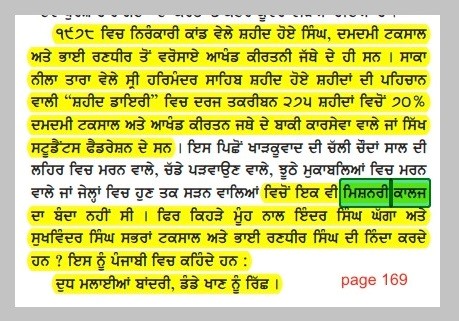 Those martyred during 1978 Nirankari tragedy were from the Damdami Taksaal and Bhai Randhir Singh’s Akhand Kirtani Jatha.

During the Blue Star operation at Harmandir Sahib (1984), 70% of the 274 Martyrs were from Damdami Taksaal and Akhand Kirtani Jatha and the rest were from Sikh Students Federation and those who were there for Kaar Sewa.   See Figure 3.

From those Martyred, not even one was from the Missionary College.  With “what mouth” can Inder Singh Ghagga and Sukhvinder Singh Sabra, slander Damdami Taksal and Akahnd Kirtani Jatha.

In Punjabi the ironic phrase that describes this is

(Milk, cream for the monkeys; beatings to the bear).

This is equivalent to the Malaysian proverb “Lembu punya susu, sapi dapat nama”.

These missionary people are good at empty talk and slander.  Just pay attention to their talks (difficult to term them kathas) and you will find out. Likewise, Kathavachak is a misnomer for them, it should be talkers (bull****?).   There is hardly any Gurmat.  They slander martyrs, slander those who believe SGGS Ji as living Guru, Slander the Sangat and the list goes on.

We have no problem stating that the biggest ANTI-DASAM Granth group is the Missionary colleges and their supporters and members.  They are the “so called intellectuals” in whose heart there is no love and spiritual wisdom but solely scientific knowledge based thought.

Scientific knowledge based thought means that all their thinking is based on reason, logic and critical thinking.

PROGNOSIS BY THE AUTHOR OF THE BOOK

The prognosis, meaning what the author predicts, is a very frightening scenario.  Some concluding remarks in the book are included below.

Respect for SGGS Ji as a Living Guru

Figure 5: SGGS Ji will become a book of knowledge

it becomes clear what will happen in future.  See Figure 5.  There will be no more chandoa, palki, chaur and ramaalay.  Matha Tekna will be a thing of the past.  SGGS Ji will be set up on library style tables.  There will be full freedom for anyone to come and read SGGS Ji as they wish.

This means SGGS Ji will no more be a Living Guru but a book of spiritual knowledge.

Figure 6: A new Rehat Maryada and a New Unique Panth will be generated

In manner there will manifest a universal associated unique panth, which even though similar to everybody, will be distinct.  The comrade Sikhs of the Missionary College administration together with the foreign Kala Afghana stalwarts will prepare a new Rehat Maryada for this distinct unique Panth.  They will get it approved from Delhi Government, and enforce it on the Panth.

This unique panth will be made to meet with the requirements of the Missionary College Administration and the foreign Kala Afghana stalwarts whims and fancies.

The emergence of yet another group of Missionary College missionaries to mislead the Malaysian Sangat has been highlighted.

The anti-Sikhi anti-Gurmat ideology of the missionaries has been summarised in the introduction.

Some of the findings by Ajit Singh in his book “Sabh Dust Jhakh Mara, are included.  These are the anti-Sikhi and anti-Gurmat ideology denigrating “bhog lagauna”, SGGS Ji is not a living Guru, the Sikh Martyrs and Dasam Granth banee.

It is apparent that the missionary teaching ingress into Malaysia is part of a big plan contributing to this end.  Malaysian Sangat is used as a GUINEA PIG in this plan.

In Malaysia, Autar Singh seems to be behind this.  He is very likely strongly supported by the MGC and other organisations and supporters that have been infiltrated by the Kala Afghana Ideology.

BEWARE SANGAT JI.  THE SCENARIO FOR SIKHI AND GURMAT SINCE OUR GURUS TIME WILL END UNLESS YOU ACT.